Uganda is a special place with thriving cultures, fascinating people, and delectable cuisine. Food discovery is a crucial component of any trip, whether it is across the globe or just to the next town. We all enjoy the excitement of sampling new foods while traveling as well as the comfort of knowing that there will be familiar foods available. In every corner of Uganda, it is simple to find affordable food. Uganda's cultural food is quite a fusion, with Arab, British, and mainly Indian influences. Typically, the meal is not hot, but tomatoes and onions are used as a seasoning to make dishes that are tasty and appealing. The article plays the role of a tour guide to discover the distinctiveness of Uganda cuisine.

1. What Is the Taste of Ugandan Food?

More than 50 distinct subcultures exist in Uganda, many of which share similarities but also have their own standards, including food.

Ugandan cuisine has a variety of regional delicacies that draw on flavors from Arabic, Asian, and English cultures. Since the nation is primarily agricultural, its cuisine uses high-quality ingredients, which results in dishes that are both delicious and nutritious. Travelers can easily find baked beans on toast and fish and chips in every meal of Uganda’s indigenous people.

The usage of various British-inspired items and cooking techniques has had a significant impact on Ugandan food. The popularity of Indian foods like chapati (flatbread), dal (lentils), and curry have had a big influence on Ugandan dishes. In addition, the cuisine of Uganda shows the influence of various cultures, with large consumption of Chinese staples like rice and noodles.

Despite the vast spectrum of influences, Ugandan food keeps its own distinct flavor and character. The food in Uganda, particularly the native dishes, may turn some people off. However, a lot of the traditional recipes make up for this flavorlessness with rich sauces made of groundnuts (peanuts), smoking, or frying the food. Following our guide, you can discover some well-known local food in Uganda that people from all over the world have eaten and appreciated. These delicacies, in our opinion, should be added to the "must-try food list” while you are in Uganda. 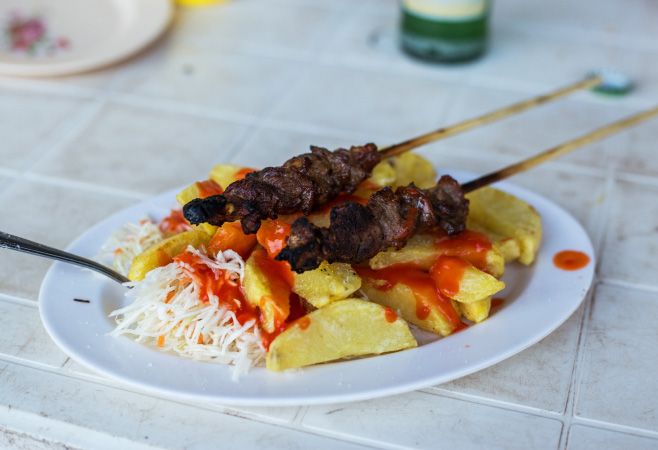 The mixture of cultural food in Uganda

2. Learn more about Uganda's traditional food through some specialties

In Uganda, there is no national dish. Given the complexity of the nation and its many diverse cultures, this is not surprising. Ugandan cuisine has a variety of meals including stews, curries, soups, and grilled meats because of its English, Asian, and Arab culinary influences. But each has a distinctive flavor all its own. Although each tribe has its own specialty, starchy foods and root crops including potatoes, beans, bananas, cassava, and sweet potatoes are common among all tribes.

By trying some of Uganda's traditional food, travelers will have an opportunity to get closer to Uganda's culture. Each region has a different local food, with a unique recipe and flavor that can satisfy travelers' tastes.

Matooke, which is also spelled matoke, is Uganda's equivalent of mashed bananas and is regarded as the nation's unofficial national dish. It is a popular food in central Uganda. Given the countless miles of fields filled with this green plantain, matoke is a kind of banana. Because they are thinner in the middle, they are shorter than ordinary bananas. These unripe, green bananas are boiled to make matooke, then mashed or pounded.

Matoke can be served with any type of sauce. When matoke is made with the peelings still on, it is known as empogola and is typically served with grilled meats like muchomo or pork. 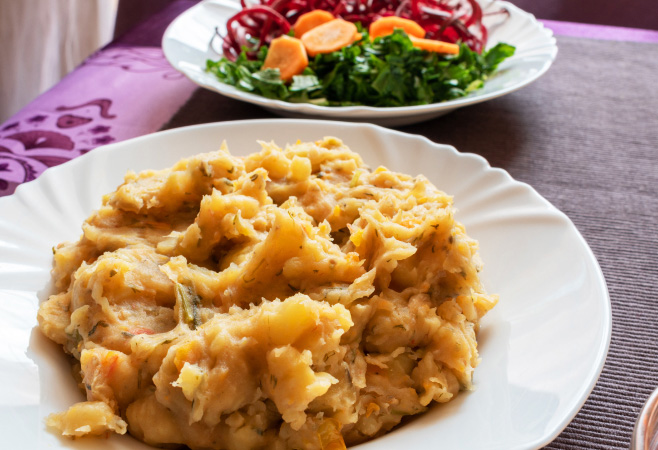 This cuisine which originated in the Buganda region, is popular throughout Uganda. Originally only served to royalty, this meal is now a staple of Ugandan cuisine. The preparation of luwombo necessitates both cooking and assembly abilities. It is a long-simmered dish comprised of meat covered in sauce and placed inside a banana leaf pouch. While chicken is the most typical meat used in luwombo preparation, other meats including beef and goat can also be utilized. The sauce has a peanut base and could include dried fish and mushrooms. Matooke is commonly served with luwombo.

Luwombo is normally reserved for exceptional events. However, some restaurants have made it a regular menu item. This dish is absolutely something that you must taste when in Uganda! 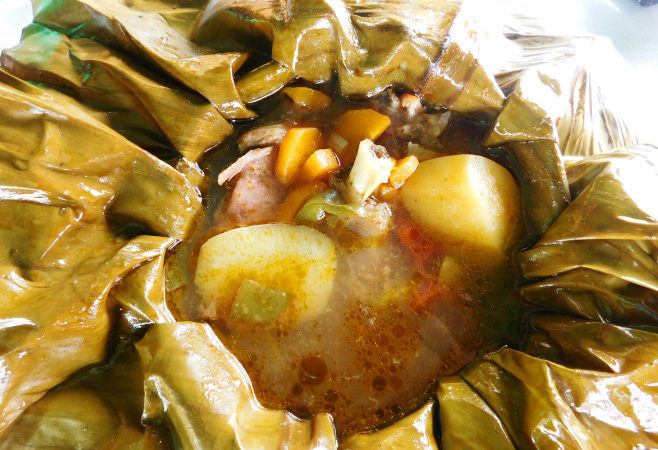 Not the most expensive watch is a Rolex. In its simplest form, a Rolex is a snack in Uganda that a chapati has been wrapped around cooked eggs. The Ugandan Rolex is a well-liked street food that many people love throughout the nation. Any time of the day is good for enjoying this snack. Due to the deliciously distinctive nature of Rolex, practically every Ugandan has a favorite "Rolex guy" to whom they are loyal.

This mouthwatering delicacy comprises a savory omelet and a warm, crusty chapati that have been rolled up to make a wonderful, portable meal. The Rolex is authentically Ugandan thanks to its soft, fluffy eggs and fragrant, flaky chapati. This delectable dish, which can be enjoyed at home or on-the-go, perfectly encapsulates Ugandan cuisine and is unquestionably one of the most well-liked food traditions in the nation. 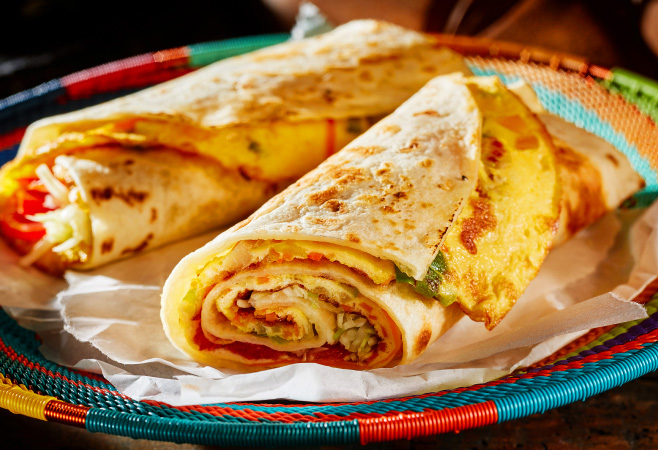 Boo, a popular Ugandan food, is created with the same-named native green leafy vegetable. It can also be cooked with eggs, although it's usually combined with okra and the peanut butter sauce odi.

The boo plant is native to northern Uganda, where this dish is from. The leaves are typically served as a side dish or as a component of a more elaborate dinner after being boiled until tender. This creamy peanut sauce is a typical Ugandan side dish that gives boo a delightful, nutty flavor. 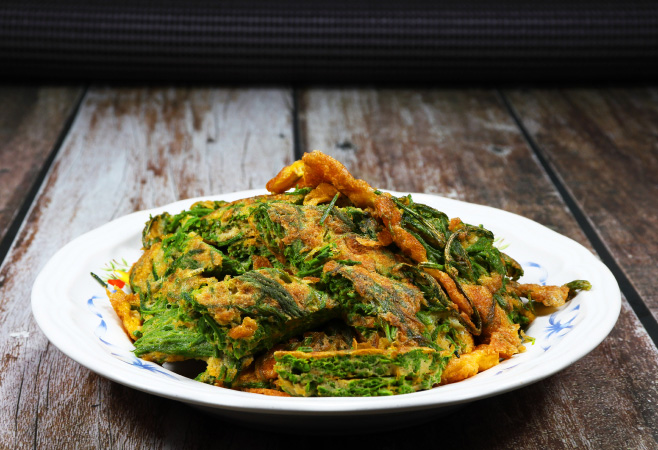 Chapati is a delicious unleavened flatbread that is popular throughout East Africa, particularly in Burundi, Uganda, Mozambique, and Kenya. It has an excellent but mild flavor that makes it simple to pair with almost any dish, whether sweet or savory, making it a flexible side dish staple.

This type of bread may also be referred to as roti; in fact, the two phrases are frequently used interchangeably, despite the fact that chapati is a specific type of roti. It is made of white or all-purpose flour and is coiled up, which makes it similar to yet different from the Indian chapati. The purpose of the coil is to produce a flaky, light chapati. Its sharp edge sets it apart from Indian Chapati because the top layers are carefully covered with oil. Even though it was originally an import from Indian settlers, it has since shaped the culinary history of East Africa.

You can serve chapati with a variety of foods, such as curries, dry sabjis, chutneys, or dal. 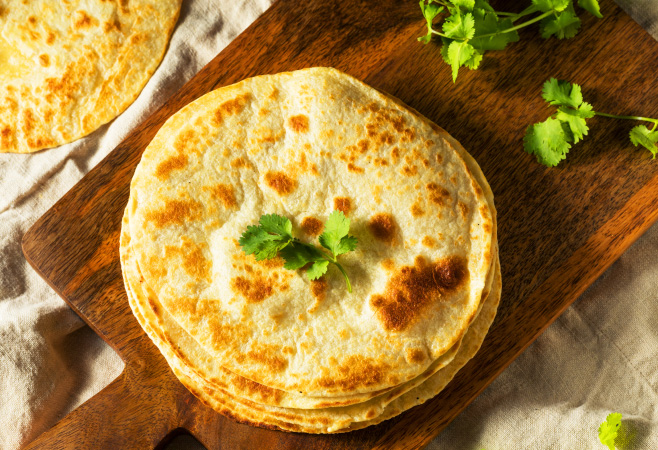 If you already have travel plans to Uganda, it is advised that you obtain a Uganda visa quickly and easily through the website of Uganda Immigration Services. Travel Insurance is also something you should consider purchasing every time you travel overseas. We offer all the services you need for an amazing trip!