The history of Uganda dates back to around 2,500 years ago when Bantu-speaking hunter-gatherers who had migrated from central and western Africa started referring to the region as their homeland. The Nilotic River peoples, who migrated from Ethiopia and Sudan's surrounding countries, emerged during the second wave of migration. The timeline will be expanded to include what common Ugandans recall as significant life events. Additionally, Uganda history timeline is meant to give visitors a general understanding of significant historical occurrences in the country. 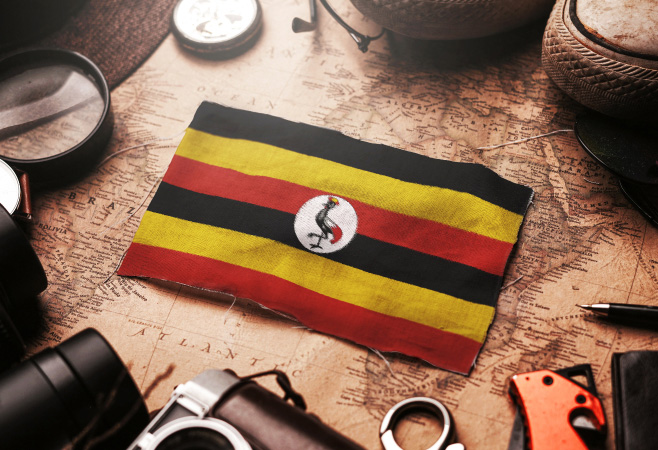 Travel industry insiders refer to Uganda as the "Pearl of Africa," a moniker that neatly condenses all of its positive attributes into three words. The nation is rich in natural resources and combines distinctive native and foreign cultures. However, bloody history in Uganda occurred in the long era before it was known by that name.

The first several centuries of Uganda history were relatively calm, with various people establishing towns and using the topography. Despite an increasing population and expanding local settlements, the country is now isolated and has few immigrants. The Kintu dynasty was established in the 14th century by King Kato Kintu, who united the kingdom of Buganda (located in central Uganda and including Kampala). Uganda's landlocked location prevented it from taking benefit of the numerous ports that arose along the Indian Ocean coast, and commercial connections were quite restricted for a long time.

The 19th century saw a tremendous transition for the native Ugandan population as British explorers rose to fame in the 1860s and were followed by missionaries in the 1870s. In 1888, the Ugandan region was given to the British East Africa Company by the British government. Africa was divided by European nations in the meantime. According to the 1890 agreement between Germany and Britain, Uganda was ruled by the British.

British business progressively took over Uganda, and indigenous leaders were converted into slave rulers. The colonial history of Uganda officially starts. With the aid of the Buganda people, the British chose to rule from afar, allowing the nation to govern itself partially. But by the end of the 19th century, the British had transported almost 30,000 Indian laborers to Uganda in order to construct a railway and link the major towns by train.

Middle of the 1950s: Dr. Milton Obote, a teacher, pulled forth a loose alliance that led to independence in 1962 as the other kingdoms became increasingly annoyed. The union would be under Buganda's supervision, as predicted. The newly formed country faced numerous difficulties after gaining independence. The civil wars that are taking place in the neighboring nations of Sudan, Zaire, and Rwanda have forced thousands of refugees to enter the country. Over time, Obote clarified that he would not share power with the king and removed the prerequisites for independence.

Even while the nation's bloody and terrifying history of Uganda, will always be recalled, once things have stabilized, the vision is far more encouraging. With vital crops like coffee, cotton, sugar, and Ugandan tea being exported globally, agriculture is still a significant part of the local economy in Uganda today. Uganda's economy is steadily expanding, and there are many reasons to be positive about its future. Ugandans are renowned for their kindness, and tourists are now welcome.

After years of political and societal instability, Uganda is currently experiencing a time of peacefulness. The nation has overcome numerous setbacks and is currently developing into a prosperous nation that can proudly display cultural heritage values, including a landmark or heritage site. Most of these locations are protected by legislation, and several have been given formal historical significance in Uganda. The nation has a variety of paleontological (fossil) sites and monuments, as well as archaeology, history, traditions, and colonies because of its extensive history. The historical sites in Uganda that you absolutely must see when in this country are listed in this article.

Tombs of Buganda Kings at Kasubi

The Tombs of Buganda Kings at Kasubi are a must-see historical site in Uganda encompassing over 30 acres of hillside belonging to the Kampala area. The former Kabakas palace, constructed in 1882 and transformed into the royal burial ground in 1884, is located at the center of the hilltop. Within the Muzibu Azaala Mpanga, the main structure, which is round and topped by a dome, are four royal tombs. The Kasubi Tombs, where rites are routinely carried out, are the kingdom's most active religious site. Its status as the final resting place of the previous four kings (Kabakas) makes it the royal family's religious center.

Additionally, it is where the Kabaka and his representatives perform significant rites that are a part of Buganda culture. The location serves as the primary spiritual hub for the Baganda people, where traditional and cultural activities have been preserved. 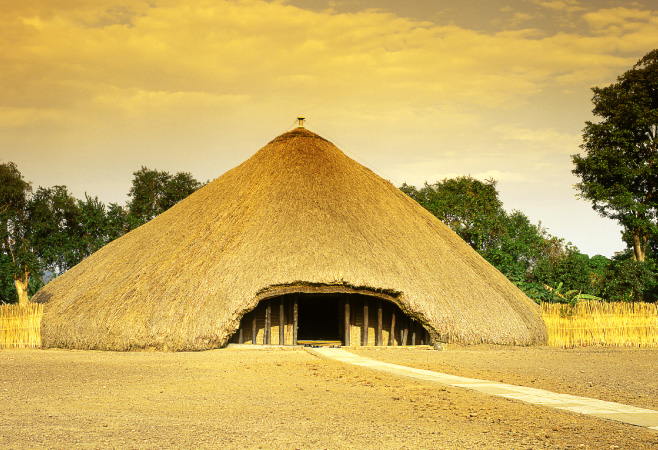 Tombs of Buganda Kings at Kasubi historical sites in Uganda

Since the beginning of the Buganda Kingdom's history, all Kabakas have been placed at Nagalabi. In 1993, the current Kabaka, Ssabasajja Kabaka Ronald Kimera Mutebi II, was also erected in this location. The site serves as a continuous connection between Buganda's present and past while also having some bearing on its future. Additionally, it is essential for tourists in the Kingdom and anyone participating in a cultural safari in Uganda or Buganda. 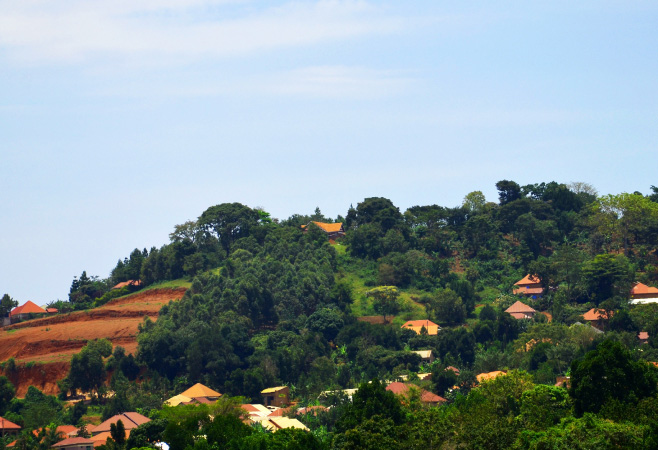 The Mparo Royal Tombs in Uganda are one of the most revered historical sites in Uganda, in the Western region of the country, and they are distinctive among the royal tombs in Uganda. The Bunyoro-Kitala Kingdom originally possessed the tombs, and they deserve a lot of respect! Visit the Mparo Royal Tombs, a kingdom that gave rise to the Bantu tribes of Uganda. The Mparo Royal Tombs have kept their modesty while savoring the rich history of Uganda. A visit to Mparo is nevertheless worthwhile because of the treasures and the stories behind each one. These well-maintained tombs have a profound sense of imprisonment befitting true African royalty, and they contain the deepest cultural beliefs of the Bunyoro Kingdom in Africa. 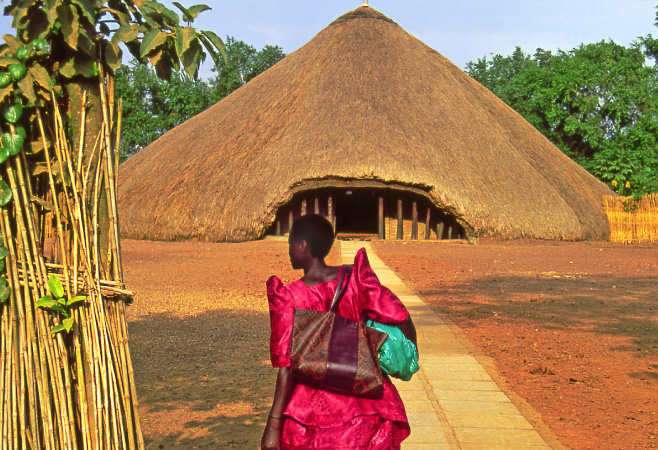 Bulange, the parliament and administrative hub of the sizable Buganda kingdom, is located just a few meters from the Kabaka's palace on Namirembe hill. The parliament is located just across the main entrance of the palace on a straight Kabaka Anjagala road, making it the ideal location to learn about Uganda history. In other words, Bulange Mendo is also the historical site of Uganda's identity. The 56 Buganda clans, which are prominently displayed in the vestibule of Bulange, have a lot of fascinating stories to tell. Each clan's symbols are described along with their importance. 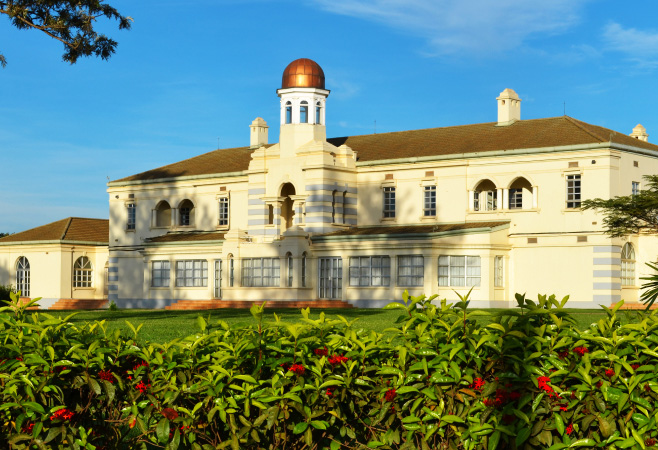 Uganda is a land of mystery, and there's no better way to thoroughly immerse yourself in the culture and history of its people than with a day trip to the city to view some of its attractions. Plan your exploration of Uganda's history and monuments right away. Visit Uganda Immigration Services if you need to learn more about the visa application process for Uganda. We'll be here for you whenever you need us. Travel insurance can also be helpful for ensuring a safe and easy trip to Uganda.